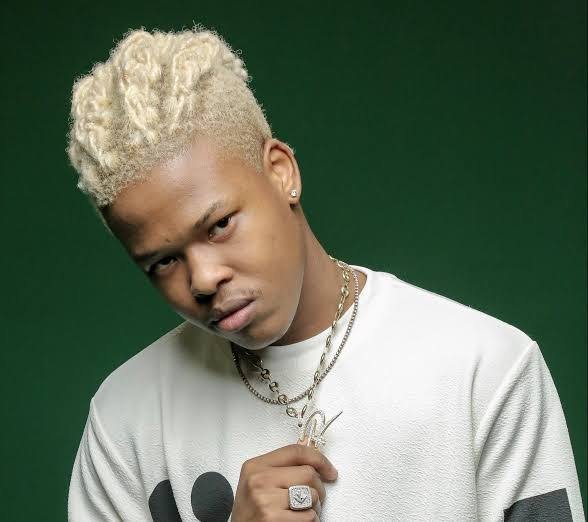 Ayodeji Ibrahim Balogun was born 16 July 1990, known by street name of  Wizkid, is one of a Nigerian singer and songwriter. He began recording music at the age of 11 and managed to release a collaborative album with the Glorious Five, a group he and a couple of his church friends formed. Wizkid signed a record deal with Empire Mates Entertainment (E.M.E) in 2009.

Wizkid was born Ayodeji Ibrahim Balogun on 16 July 1990, in Surulere, Lagos. Wizkid grew up in an interfaith household with twelve female siblings. His mother is a Pentecostal Christian and his father practices Islam. He attended Ijebu Ode Grammar School. He while growing up usually listening King Sunny Ade, Fela Kuti and Bob Marley. In a interview with Tim Westwood in 2012, he said his father has three wives.

In another interview with Adesope of Factory 78 TV, Wizkid said he formed a group called the Glorious Five with a couple of his church friends. They managed to release an album prior to disbanding. He was know by the stage name Lil Prinz until 2006.

He later met OJB Jezreel, a record producer who prevented him from recording for a year. While visiting OJB’s Point Beat Studios frequently, he watched 2 Face Idibia record songs for his Grass 2 Grace album. He was also present during the recording sessions for Sound Sultan’s debut album Jagbajantis. Wizkid cited Naeto C as one of the people who mentored and coached him when he was 15 years old. He inked a record deal with Empire Mates Entertainment in 2009.

He co-wrote “Omoge You Too Much”, a song from Banky W.’s The W Experience album. He also worked with Naeto C, Ikechukwu and M.I while developing his craft. In mid-2009, he dropped out of Lagos State University (LASU). He later attended Lead City University, but dropped out after completing two sessions.

He began recording his debut studio album Superstar in 2009. He released “Holla at Your Boy” as the album’s lead single on 2 January 2010. The song is high rated as the best single of the year which help him win the headies in 2011. While In addition to winning the award, he was awarded a 2012 Hyundai Sonata courtesy of the organizers.

On 2 April 2010, Wizkid released “Tease Me/Bad Guys” as the album’s second single. It was initially released as a freestyle rap.

His music career has grown ever since and has had the privilege of working with famous artists both locally and international. Locally, he has worked with likes of 2Face Idibia, Naeto C, Sound Sultan, award-winning producer OJB, among others.

In 2016, Wizkid became Nigeria’s first artist to emerge on Billboard’s Twitter Last 24 hours chart following his guest feature on Drake’s afrobeat-infused One Dance single, which appeared at number 21. By May, the song had reached number-one on the Billboard Hot 100 chart, a position it maintained for 10 non-consecutive weeks.

Wizkid work on his second album “Ayo” (in Yoruba, Joy) is an eponymous titled album from his name, Ayodeji. It was released on September, 17, 2014 by Starboy Entertainment and Empire Mates Entertainment. He collaborated with some record producers like Maleek Berry, Spellz, Sarz and many more. He also featured some singer-song writers like Femi Kuti, Akon, Tyga, Phyno, Banky W. e.t.c.

Wizkid released his third studio album, Sounds from the other side (STFOS) on July 14, 2017. It was released by the Starboy Entertainment, RCA Records and Sony Music International. The music genres involves Afrobeat, EDM, R&B, House and Dance Hall. The producers are the Picard Brothers, Sarz, Del B, DJ Mustard and many more with guest appearances from Chris Brown, Bucie, Drake, TY Dolla Sign. e.t.c

Wizkid established the Star Boy entertainment record label on March 5 2013. After it was established, he left the Empire Mates Entertainment. In May 2016, it expanded into a Star Boy Worldwide after signing some international Sing-Song writers like Efya, Eazi and R2Bees. This was after his performance at the 17th edition of the Ghana Musician Awards.

The record label was created to give up-coming artist a platform to showcase their talents. He went on to sign Maleek Berry, a British Nigerian record Producer and the Onikos- Legendury Beatz. He also signed a recording artist L.A.X to his imprint.

He is not just an afrobeat pop singer, he also reaps the benefits of being a celebrity. He has signed mouth-watery deals with top-notch companies. For example, he signed a one-year

Contract deal with Pepsi for about $350,000 and traveled with Tiwa Savage for a commercial shoot for the brand in 2012. The contract was reportedly renewed for another two years.

On October 3, 2013, he signed an endorsement deal with Guinness for the Guinness World Of More concert in Victoria Island, Lagos. The event held on November 3, same year.

his collaborated with Nike to produce the Starboy Jersey Collection.

The afrobeat star is said to own a mansion in Lekki, another mansion in Los Angeles, California, US, and a house in Surulere.

Presently his net worth is roughly $22 Million. He was published as one of the Top 10 Richest/Bankable African Artists by Forbes and Channel O in 2013.

It was said he own expensive properties that’s true he own a house that worth $13 billion located in lekki.

The net worth of both Davido and Wizkid had earlier been disclosed in Hooper’s 2019 Instagram Rich List. Net worth is the value of all non-financial and financial assets owned by a company or an individual. It doesn’t include outstanding liabilities. The list cuts across Celebrity, Beauty, Fashion, Fitness, Food, Lifestyle, Sport and Travel.